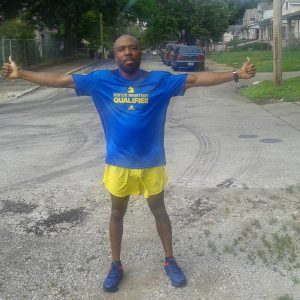 This is all base on 30,000 entries in 2018 Boston Marathon. 80% of this field are BQ runners then the other 20% charity runners. There is no first come first serve in this marathon everything is base on times and age groups.

Will my time get me in the 2018 Boston marathon? I sure do hope so.  By 2017 times the answer would be no. One had to be at least 2min faster than his BQ time. I think there was over two thousands runnes that BQ and was turn down.

This blog/website theme will be all about giving marathon runners all the tools they need to BQ and cross the Finsh line on marathon Monday. I hope this site will  be the best site for runners that are in the ball park but need some extra inspiration and energy, running tips to BQ.

We will start with the history behind the greastest marathon race in the world and than examine  the why behind running boston.  Then we will focus on marathon fueling on how to overcome the wall (last six miles)

Green smoothies will play a major role in are marathon fueling strategy not man made supplements and fake energy. I have already show how green smoothies can help you marathon time if you drink at least one quart a day for six weeks.(green drink experiment)

I will be writing about my quest from receiving a letter of 2018 acceptance letter are being rejected and having to BQ again. The goal is to finish Boston. If you would like to join me let the team begin!